SME South Africa reflects on the achievements of South African women entrepreneurs and corporate leaders in 2020. We look at those who took on a new C-suite positions of major companies, launched new business ventures or helped to drive innovations.

Jiyane has a lucrative interior design and luxury watch businesses. This year the South African women entrepreneur announced a number of new business ventures. The first is a collaboration with Nungu Diamonds on a new jewelry collection. The range includes a 9K white gold Africa diamond pendant with a chain worth R6,000. She also released custom-made masks with Jireh Wellness in June.

In October, Jiyane was announced the first local artist to obtain equity in the international brand, Boulevard Nectar Rosè, sparkling wine beverage where she took over as chief executive.

Adding on to an already lucrative year, in November, Jiyane released her new sunglasses collection called EraVision, which is part of her already established brand, Era By DJ Zinhle.

SEE ALSO: Being a Female Entrepreneur in South Africa

The South African celebrity chef and TV personality was named one of the 7 Food Goddesses in the World by Tatler Malaysia. The list includes other cooking icons such as Nigella Lawson, Mexico’s Pati Jinich, India’s Amrita Raichand and Rachael Ray from the US.

Mtongana, who is the host and food editor of Siba’s Table on the Food Network, also recently wrote on her Instagram page that she has received recognition from Harvard University for her efforts as a South African women entrepreneur.

She wrote: “I’m now a case study at Harvard Business School, the most prestigious business school in the world!

“They have been doing a case study on my food career, being an entrepreneur, a woman and a pioneer in the culinary world locally and globally, against all odds.”

Mtongana, who hails from the Eastern Cape, called the experience “surreal”.

“It was so surreal hearing top minds analysing my brand and business from their own eyes…. and still feels like a dream to be part of academic literature at Harvard.”

See also: A Look At What Some Of SA’s Top Entrepreneurs Studied At University

Palesa Mokubung founded the clothing brand Mantsho in 2004 and is known for creating bold and edgy designs. Mokubung’s designs have been seen on runways in Senegal, Greece, New York, India and Nigeria.

Mokubung also collaborated with the insurance company 1st for Women and Miss Universe 2019, Zozibini Tunzi, to design a T-shirt featuring bold Mantsho prints, emblazoned with the word “FEARLESS”. The aim of the campaign is to encourage women to live fearlessly. At least 20% of all proceeds will go to 1st for Women Foundation to fight against the abuse of women and children.

South African women entrepreneur, Le Roux, is the co-founder React24 and React Training College and the latest winner of the prestigious title of Standard Bank’s Top Woman Entrepreneur for 2020.

Earlier this year Le Roux was also announced the winner of the 2020 Woman Mentor of the Year at the inaugural Empowerment and Recognition of Women in Construction Awards 2020.

Le Roux built React24 from her kitchen table in her home, with her husband, two artisans and one vehicle.

The React Training College launched on 22 September this year providing training for artisans in the plumbing trade. It is a 100% black woman-owned and managed business.

Nxusani-Mawela launched Tolokazi Craft Beer in October in Port Elizabeth under her brand, Brewsters Craft which she launched in 2015. Tolokazi is Nxusani-Mawela’s clan name.

The Herald reports that Nxusani-Mawela makes use of African-inspired ingredients such as sorghum, rooibos and other local delicacies.

Nxusani-Mawela has also played an instrumental role in assisting three friends to launch their own craft beer brand, FourtyFour Premium Lager, which launched this year, according to Business Insider.

Earlier this year Nxusani-Mawela’s company Brewsters Craft was announced one of six winners of an entrepreneurship competition by the TV channel VIA. Competition prizes included marketing airtime on VIA as well as publicity in Media24 newspapers and magazines.

Nxusani-Mawela holds a BSc Honours in microbiology from University of Pretoria, a master brewer qualification from the Institute of Brewing and Distilling. She was the first person in South Africa to complete the NQF6 National Diploma in clear fermented beverages.

This socially conscious marketing, PR and digital agency was announced agency of the year at the Global Purpose Awards 2020 in the United Kingdom.

According to a press release, the awards recognise campaigns that use creative ideas successfully to further positive causes.

The awards are open to agencies, brands, public sector bodies, charities and NGOs throughout Europe, the Middle East and Africa.

With eight years’ experience in hygiene and handwashing behaviour-change interventions, Triple Eight’s work has, this year, been more critical than ever.

‘Barakat’ is a South African film and the first Muslim movie in Afrikaans to win Best Narrative at the 23rd Reel Sisters of the Diaspora Festival in America this year. ‘Barakat’ will be released in May 2021 in South Africa; it celebrates the life and culture of the residents of the Cape Flats.

The woman behind the movie is Jephta, a South African playwright, screenwriter and theatre director who is also the director of the film. She is the co-founder of the production company Nagvlug Films. According to her, the movie challenges preconceived narratives of the Flats and Coloured communities of the Mother City.

Her other work include ‘Kristalvlakte’, ‘Ellen: The Ellen Pakkies Story’, ‘Other People’s Lives’, ‘Sonskyn Beperk’, and ‘While You Weren’t Looking’.

Zukiswa Wanner is a renowned novelist, non-fiction writer and journalist, and this year’s recipient of the Goethe Medal 2020 award alongside Ian McEwan and Elvira Espejo Ayca. Wanner is the first African woman to win the award.

The Federal Republic of Germany’s official honour is conferred by the Goethe-Institut every year to individuals who have made an outstanding contribution to international cultural exchange, according to IOL.

Wanner’s work include her debut novel, ‘The Madams’ (2006), which was shortlisted for a South African Literary Award.

It was followed by ‘Behind Every Successful Man’ (2008) and ‘Men of the South’ (2010) which was shortlisted for the Commonwealth Best Book Africa and the Herman Charles Bowman award. London Cape Town Joburg (2014), her last novel won a South African Literary Award.

She is also a columnist for Mail & Guardian and a 2018 Johannesburg Institute of Advanced Studies (JIAS) Fellow.

The personal training app is available for Apple or Android users. It allows users to set fitness goals and personalise their training programmes.

Jawe is a South African YouTuber, digital creator and influencer who is known for her channel, Yolz Channel. This year she launched her own skin-care range of face masks called Yolz Beauty which she self-funded. The Yolz Beauty launched with three bamboo sheet masks.

The Yolz Beauty’s product range has since expanded to include a bath and a body collection which features bath bombs and bath soaks.

In January this year they opened applications to black women in the startup landscape to apply for R200,000 pre-seed capital. This included fashion and beauty startups.

Portia Dhlamini of Native Nylon was chosen as the first recipient, according to Sowetan Live. She was one of 37 applicants to apply. The Native Nylon’s e-commerce store launched in November 2020.

Mabinza is a University of Johannesburg alumni, who graduated with a BCom honours in investment management.

The award is given to a South African female entrepreneur who has survived the first 1,000 days of business and is on her way to creating a formidable business empire.

According to Now in South Africa, Quadcare Occupational Health is a network of medical centres in low to middle-income communities in Gauteng.

Rakumakoe said that this award will help to bring to fruition her plans to open 25 more practices over the next three years. They aim to provide healthcare to more than 20,000 people a month.

According to Bizcommunity, the award is in recognition of her outstanding achievements in Africa’s business landscape, and contributions to Africa’s economic development and post-Covid recovery.

Menzies also took the lead to conduct a national COVID-19 impact survey, supported by the government and big business. The impact survey aims to provide crucial information to stakeholders, to inform the recovery solutions needed for this vital sector during, and post COVID-19.

SEE ALSO: 4 Powerful Women in Tech Share What it Takes to Make it in the Industry

Describing herself as an all-rounder, she has worked on both heavy and light industrial, retail, commercial and residential projects.

Other accolades awarded to Timm include Mentor of the Year by CESA. She recently co-authored two papers at an international conference in Nantes, France.

The Wyzetalk website states: “Her role is to oversee Wyzetalk’s current business in South Africa as well as spearhead the expansion of its footprint across Africa and other new markets.

“With over 30 years of senior-level executive experience, Sibisi has worked in a number of top-tier organisations in both the private and public sectors, as well as serving on numerous boards.”

Sibisi’s previous roles include being the former Group Executive: Infrastructure Delivery at the Development Bank of South Africa. She is also the founder of the organisation, SI Global.

Wyzetalk was founded in South Africa in 2012 and currently headquartered in the Netherlands.

Earlier this year the French Institute SA announced Mashigo as the recipient of the international author residency in Nancy, France.

Mashigo is an award-winning singer and songwriter, and also part of the writing team behind the comic book hero, Kwezi, by Loyiso Mkize.

The author’s other works include ‘Scared Tumi’, ‘Beyond the River’, ‘Intruders’ and ‘Where Is Lulu?’.

Matlapeng is one of the Top 50 Women in STEM, as selected by the Inspiring Fifty network. InspiringFifty is a non-profit that aims to increase diversity in tech by making female role models in tech more visible.

Matlapeng is the co-lead for developer circles from Facebook and organises women in computer science hackathons in Cape Town. She has founded groups, Indoni Space and Women@DevC.

Indoni Space is a mentor-mentee group for Black women developers in South Africa. The group consists of 40 women from Cape Town, Johannesburg, Pretoria and Durban. Women@DevC is an inclusivity group for the women developers who are tech community leaders in 15 SSA countries.

She also worked with the social media platform, TikTok – on a new dance challenge and song during the COVID-19 pandemic.

We also saw Sho Madjozi partnering with FEAT.sock co. to release a collection of colourful and trendy facemasks. The masks feature stylish prints by Olivie Keck.

Matheba’s series ‘A Very Bonang Year’ aired on SABC in August this year. It had over 1,86 million viewers tune into the two-part series.

The South African women entrepreneur, TV presenter and radio personality always finds a way to keep her audience captivated. Fans can now engage with her on the app, “Bonang Matheba’s World”, available on MTN.

Matheba also recently launched a new range of sparkling wines available in a can – the BNG Nectar Rosé and BNG Nectar Blanc. This follows the launch of popular Brut and Brut Rosé MCCs last year and the Prestige Reserve earlier this year.

SEE ALSO: South African Women Who Made Major Moves in 2019

SEE ALSO: Major Moves Made by South African Women in 2018 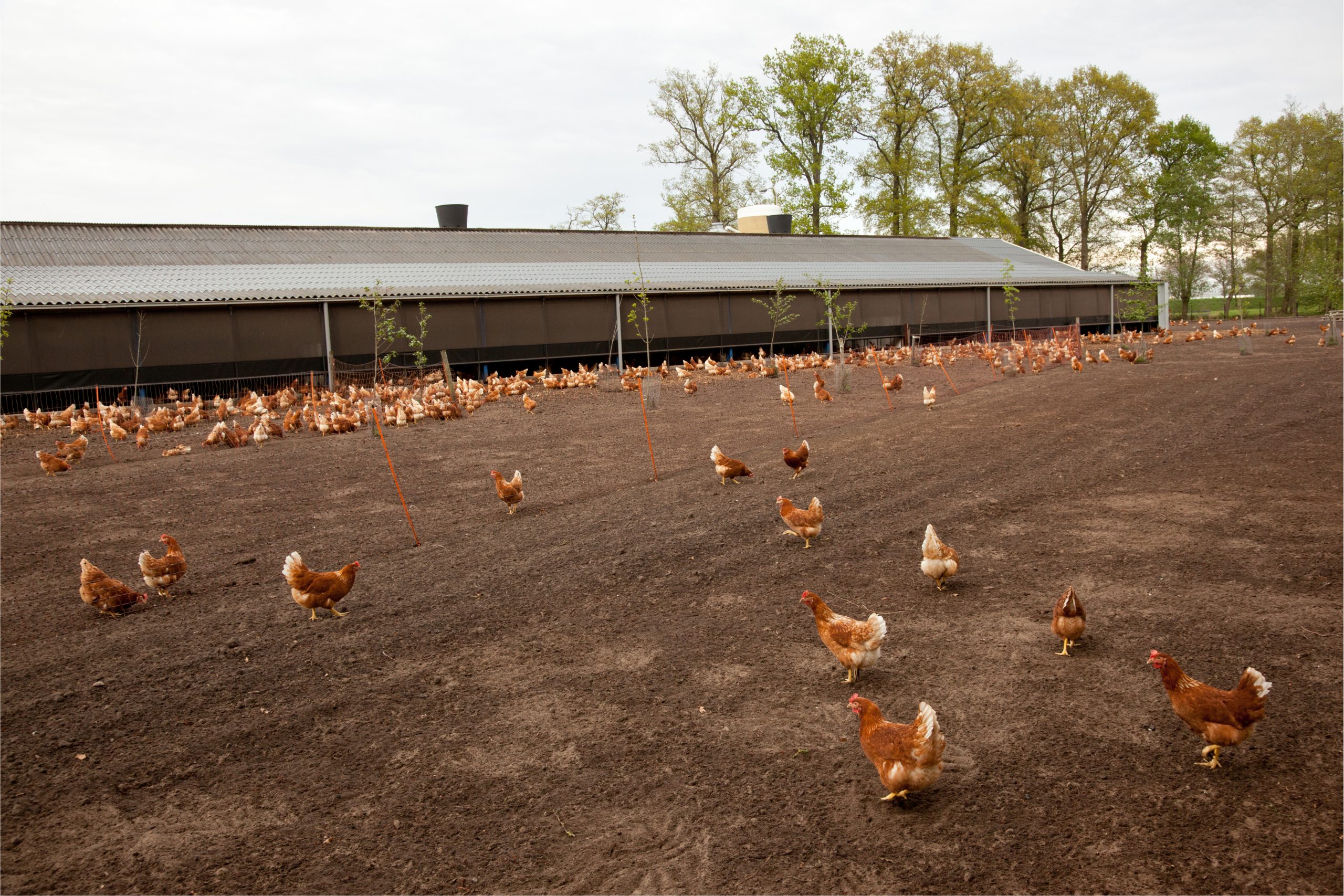 How to Run a Poultry Business

When looking at agriculture trends, starting a poultry business is always one of the most popular options. The Department of […]